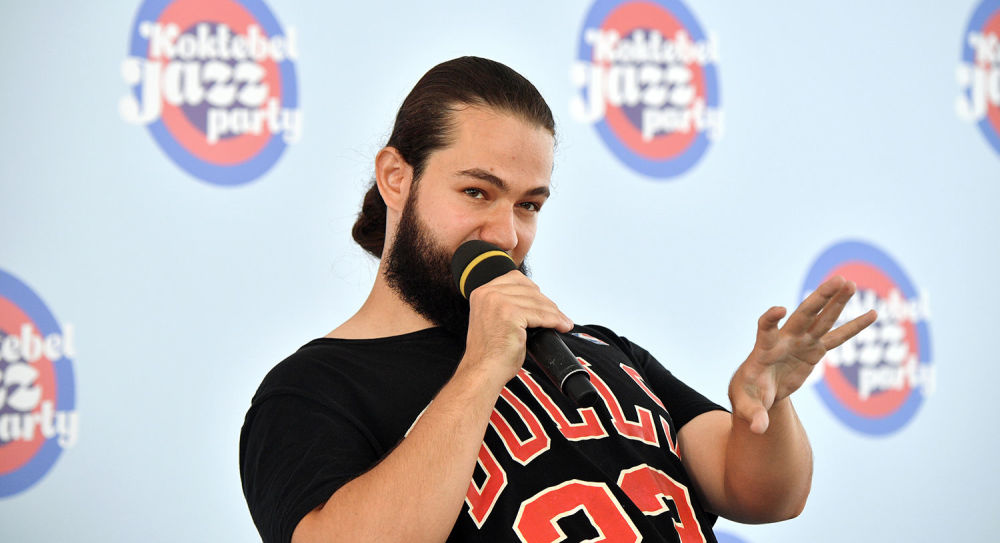 Wild Brass, which blends hip-hop, jazz and patter in an incredible way, is expected on the stage at 8:15 pm tonight. At the festival the ruffian brotherhood will perform Big Candy, Snoop, Old School, Show off, Notorious Questions, West and G Funk.

This will be the first Koktebel Jazz Party experience for trombone player Odei Al-Maghut, who used to play Latino in New York City with Puerto Rican and Cuban musicians, collaborated with Grammy winners The Temptations, and studied and worked in Amsterdam for eight years.  He is a graduate of Manhattan School of Music.

“People are 80 percent water and 20 percent music, and the band’s drummers are going to be real music ruffians on stage tonight to make the water in the spectators boil,” Odei shared his plans.

He also said the idea to call the band Wild Brass came to one of its members Salman Abuyev. It can mean either ‘brass growing in the wild’ or ‘stormy brass,’ and either meaning reflects the spirit of freedom and drive which captures the audience from the first beats and accords as the brass section turns up at any club and open air.

“Last year I already played with Sergei Golovnya. I’ve been here before and I know practically all the participants from Moscow and St. Petersburg. One of the newcomers to our wild male brotherhood is Timur Sayed-Shah, a popular MC in Russia and also a poet who writes deep philosophical texts. He patters with us on the stage. Timur is an interesting addition to the band,” Salman Abuyev added.

He stressed that it is a huge mistake to believe that the level of jazz musicians abroad is higher. This is not true – the jazz festival in Koktebel is evidence that many Russian musicians are up to the international standard, and the Wild Brass guys will show it once again tonight.