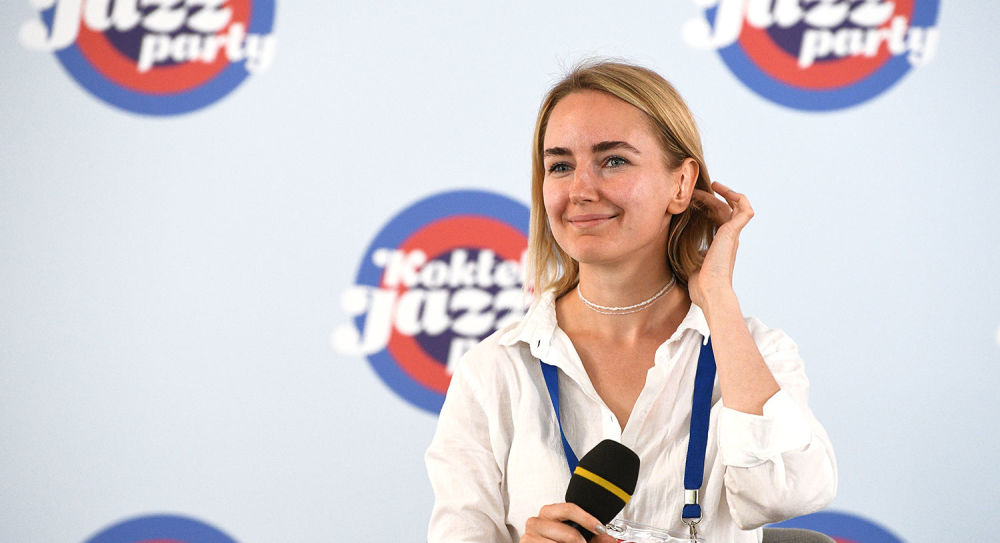 The musicians have performed at a number of prestigious Russian festivals, and now they will open the second evening on the Black Sea coast. Their performance begins at 7 pm.

At the news conference, The Band soloist Anastasia Lyutova shared her story of falling in love with jazz after seeing the movie Some Like it Hot, and tonight she is set to perform Marilyn Monroe’s main song from the movie.

“We perform our own arrangements of mainstream jazz. But we primarily focus on the Russian audience. We have been thinking for ages about presenting our music at the Koktebel Jazz Party, but this is the first time I take part in it. Yesterday at the concert and today during the sound check the rhythm was so intense that only one of the band members managed to reach this place with me,” the singer said with a smile.

Another band member pianist Alexei Podymkin thinks it is crucial that people in Russia should know and love their musicians, and this is why he always does his best to promote Russian jazz.

“We explore ourselves through music and try to do something non-trivial, offbeat. We grow along the way as we work since jazz is a craft, manual labor. The person who is engaged in it may not even realize that he created a masterpiece. Only the audience can judge and feel that,” Alexei Podymkin said.

The musicians promised to play Smooth Jazz hits, from the so-called golden age of jazz, as well as charged arrangements of rarely performed jazz standards.

“Each festival has a face, and Koktebel’s face is very distinct,” Anastasia Lyutova stressed.

She also said that The Band was the first to release a label in Japan with all Russian performers. Some pieces from the Some Like It Jazz album will be performed today, too.