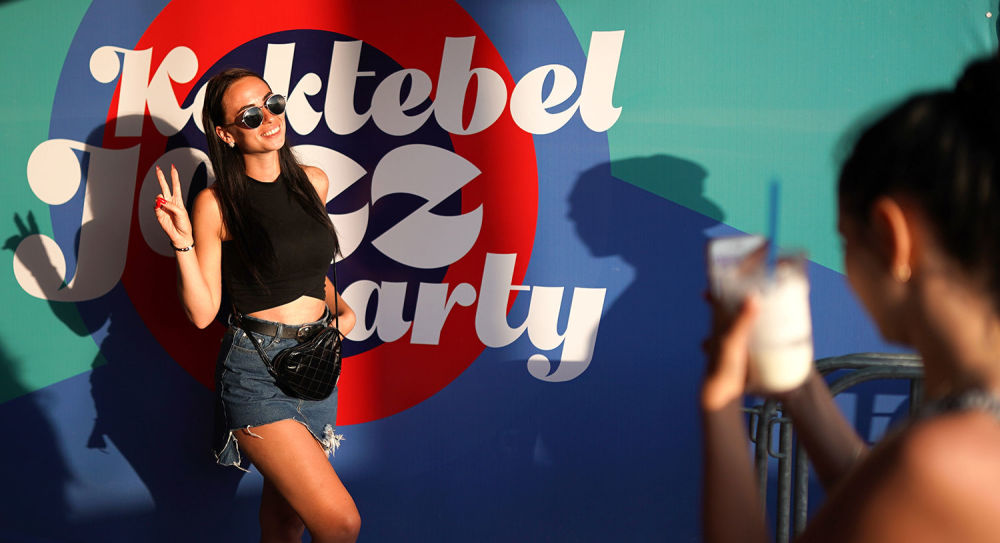 The main music event of the Crimean summer, the Koktebel Jazz Party, will start in less than 24 hours. Guests of the international jazz festival taking place on August 21‒23 will get a chance to enjoy performances given by extraordinary Russian and foreign jazz musicians in one of the most beautiful places on the peninsula, the artistic town of Koktebel. Those landing in Simferopol will be able to plunge themselves into the festive atmosphere of the sea and jazz music immediately upon arrival as in the run-up to the festival and throughout the event all the Crimea visitors will hear welcome messages and invitations to the festival at the local airport recorded by the festival stars such as Larisa Dolina, Igor Sklyar and Sergei Mazayev.

Festival organizers have brought and assembled 20 tons of sound and lighting equipment with a capacity of thousands of kilowatt, to create an unforgettable experience during this open-air celebration of jazz music. For guests’ convenience, there is a map of all the venues and main facilities on the KJP website.

This year’s Koktebel Jazz Party shows will run on the Main Stage and the Voloshin Stage; as always, the latter is open to the public free of charge. The concerts on the Main Stage will begin at 7 pm and end around midnight. The events on the Voloshin Stage will start at 3 pm. Tickets are available on the official website and at the ticket offices at the venues. General admission costs 500 rubles and front seats 1,500 rubles.

On the last day of the festival, the audience will hear sets by the Daniel Kramer Trio, CHETMEN and Sergei Golovnya’s SG BIG BAND with lead vocalist Karina Kozhevnikova who will perform on the Main Stage. Other shows include the Bril Family, with the maestro of Russian jazz Igor Bril and his sons, saxophonists Alexander and Dmitry, and jazz singer Mariam Merabova.

2020 Koktebel Jazz Party has some foreign names on its program that will be, as always, announced on the opening day. World jazz stars will prove that jazz erases borders and brings people together even despite lockdown restrictions by taking part in Jazz at the Speed of Light, a session held via a direct video link-up.

The full program is available on the festival’s official website.

To make sure that both the performers and the audience are safe, the festival’s organizing committee will observe all the sanitary restrictions imposed by the Federal Service for Consumer Rights Protection due to COVID-19.