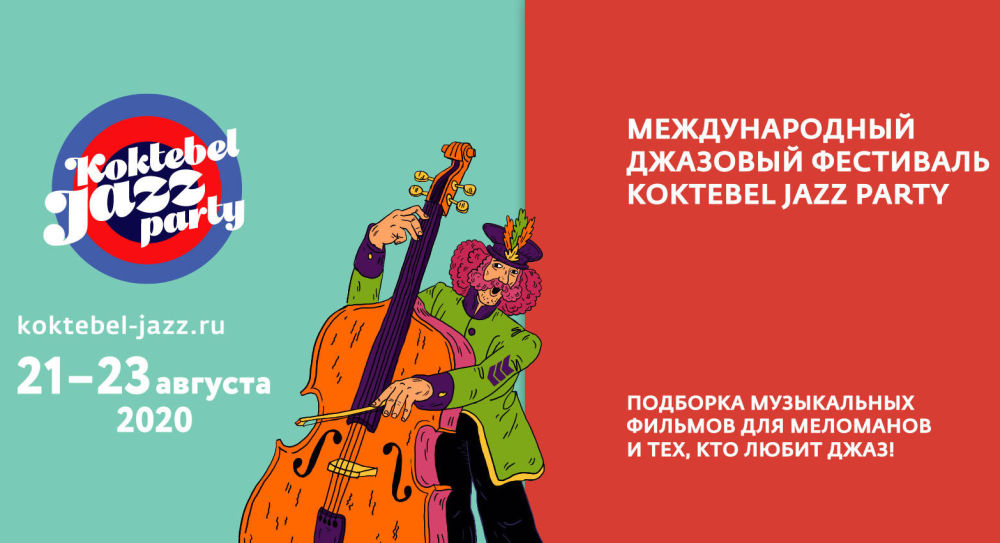 International festival Koktebel Jazz Party-2020 and its media partner, the tvzavr online cinema, present a selection of films for music lovers. According to the organizers, watching them will help jazz lovers tune in to the biggest Crimean music event of this summer, a festival in the artistic village of Koktebel held from August 21 to 23.

The selection includes biopics about jazz stars as well as films about the history of jazz and other styles that grew out of it or influenced its formation. The Miles Ahead drama about trumpeter Miles Davis, Utyosov: A Lifelong Song, a mini-series about the legend of Soviet jazz, and many other films that can interest even the most discerning connoisseurs, are available free of charge or with a discounted subscription at https://www.tvzavr.ru/collections/koktebel-jazz-party-predstavlyaet-podborka-filmov-dlya-tekh-kto-lyubit-dzhaz/.

International jazz stars will take part in the Jazz at the Speed ​​of Light program via video conference, only to confirm that jazz erases all boundaries and unites people even during lockdowns.

tvzavr is one of the fastest growing online cinemas in Russia and the CIS. The service offers about 55,000 videos including international blockbusters, film novelties, children's films, as well as winners and participants of world film festivals. A convenient search engine enables film selection by rating, by country of production, reviews and descriptions.

Koktebel Jazz Party was established in 2003 as a private initiative of the founder of Koktebel jazz, journalist Dmitry Kiselev. A small town in Crimea gave its name to a festival that is now recognized among world jazz festivals. The names of the participating stars are usually kept secret by the organizers. Over the years, the festival has been attended by the legendary jazz drummer Jimmy Cobb (US), Grammy award winner for best Latin jazz album Gonzalo Rubalcaba (Cuba), American bass guitar and double bass player Stanley Clarke, famous for his innovative technique, stars of Nu Jazz Club des Belugas (Germany), unique saxophonist Robert Anchipolovsky (Israel), and German band De-Phazz from Heidelberg. President of Russia Vladimir Putin was a guest of the KJP-2017.

Koktebel Jazz Party is not just world-class jazz, it is true freedom that creates a united vibration of music, the sea, body and soul. The organizer of the festival is the Red Square Group. Since 2014, the Ministry of Culture has provided support to the Koktebel Jazz Party.