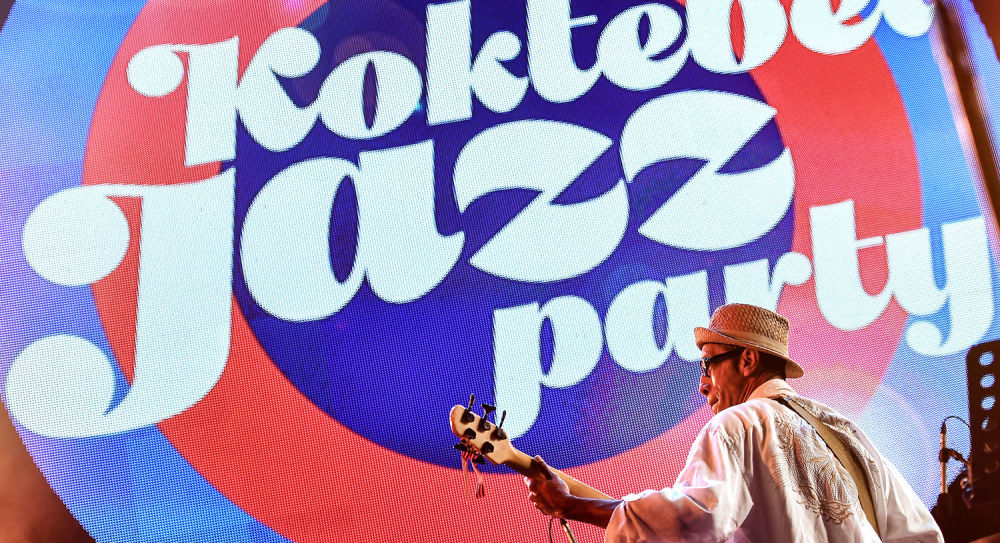 The organizing committee of the main music event in Crimea, Koktebel Jazz Party, has named the first participants in its 18th season. It will take place in the Koktebel artist’s village between August 21 and 23.

Among the Russian participants in the Koktebel Jazz Party 2020 are the Big Jazz Orchestra led by Russian trumpeter Petr Vostokov, the Brazilian jazz ensemble Esh, Yakov Okun’s star ensemble, the trio of People’s Artist of Russia Daniil Kramer, and singers Larisa Dolina and Mariam Merabova. The program will also feature performances by Bril Family, (one of the founders of the Russian jazz Igor Bril and his sons, sax players Alexander and Dmitry), as well as Sergei Golovnya’s SG BIG BAND with lead vocalist Karina Kozhevnikova, People’s Artist of Russia Igor Sklyar and Jazz Classic Community, Anastasia Lyutova and her Lyuty Band, and many others.

As per tradition, the names of the foreign participants in Koktebel Jazz Party 2020 will be revealed on the opening day on August 21. To prove that jazz eliminates all borders and unites people even during pandemic restrictions, world jazz stars will take part in the Jazz at the Speed of Light program, which will be held via video link-up.

Media accreditation for Koktebel Jazz Party 2020 opened in mid-July. To submit an application, go to the festival’s website http://koktebel-jazz.ru. The accreditation gives you the right to cover the festival events, use the press center, visit press events and the stalls during concerts, as well as travel on the Simferopol-Koktebel-Simferopol route whenever there are events on. During the festival, updates on events will be sent via text message and e-mail.

For the safety of both the audience and participants, the organizing committee will comply with all necessary requirements of the Federal Service for the Oversight of Consumer Protection and Welfare (Rospotrebnadzor) related to the coronavirus pandemic.

In April 2020, Koktebel Jazz Party together with Rossiya Segodnya International Information Agency and the Red Square Media Group organized the Doctor Jazz Party online marathon to support Russian medical personnel and hospitals during the COVID-19 pandemic. The marathon kicked off on International Jazz Day on April 30 on the ria.ru website, Rossiya Segodnya’s flagship website, and on its official page on VKontakte. Doctor Jazz Party brought together jazz stars from nine countries, including Russia, China, the US, Brazil and Japan. The marathon lasted seven hours, with two million people in the audience.

Koktebel Jazz Party is not just world-class jazz, it is true freedom that creates a united vibration of music, the sea, body and soul. The festival is held by Rossiya Segodnya. The organizer is the Red Square Media Group. Since 2014, the Russian Ministry of Culture has provided support to the Koktebel Jazz Party.