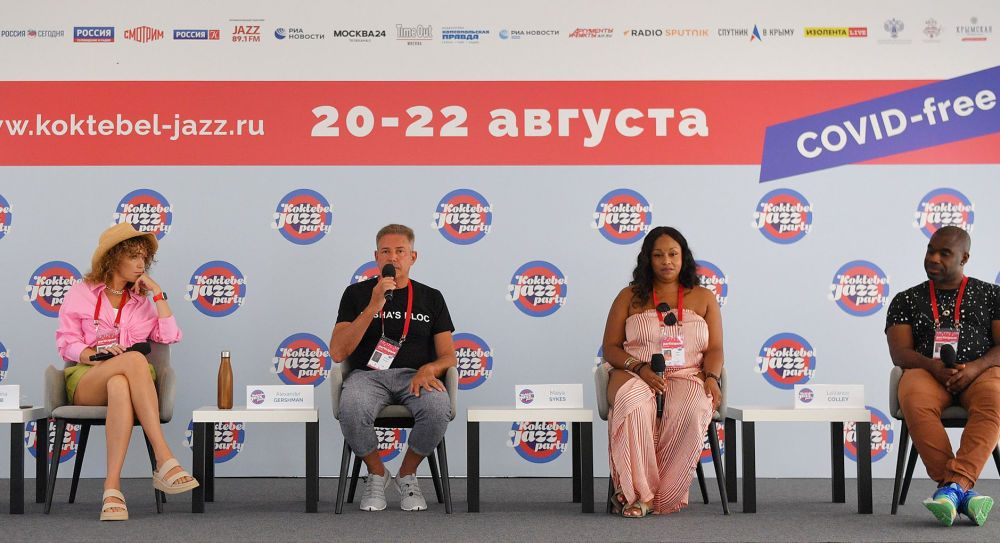 On the first day of the Koktebel Jazz Party, the US jazz band Sasha’s Bloc will perform for the audience. Dmitry Kiselev called this jazz band a discovery for himself and KJP.

Having learned about this, frontman Alexander Gershman noted that these words meant a lot to him, since he respects Dmitry Kiselev as a person with a refined taste.

“We are delighted that he liked our music. He did something incredible by bringing us here – we understand that very well. But this does not put responsibility on us, because jazz cannot have responsibility. We want our music to reach people – that's all we care about,” he said during a news conference at the Koktebel Jazz Party festival.

Alexander Gershman also mentioned that he and Dmitry Kiselev are working on a new project – a feature film about jazz.

“We want to make it a brilliant film. It seems to me that, as I know Soviet cinema well enough, since the time of classic films like "Circus" or "Funny Guys" (maybe I'm missing something), there have not been any good musical films with an interesting plot,” said the jazzman.